Diane Vanaria is a casting director specializing in ”Real People”. Diane brings expertise and calmness to complex projects for print and film produced in the USA and Worldwide.

Hello and nice to meet you!

I was born in a small college town in upstate NY, the youngest of four daughters. My parents were from New York City and we were a second-generation Sicilian-American family. My father was a college history professor and my mother stayed at home where she was a creative and artistic force in our family. We were all influenced by her style and the easy way she made everything beautiful.

My mother’s father was a portrait photographer in New York City and her brothers, Tony and Salvatore Ficalora, were also self-taught photographers. Tony later became a commercial film director and Salvatore worked as a producer. I was in awe of the number of artists on my mother’s side and I loved observing the family at our large gatherings. At a young age, I became interested in people — what makes them happy and what they love to do — and how to get them to talk about themselves and to have meaningful conversations, which in turn form great bonds.

I started out as a photo stylist and soon realized it was casting that came most naturally to me. My team and I enjoy listening to people and hearing their stories and have a great enthusiasm for what we do. We have done many jobs on location across the USA and abroad. We handle all our projects with a tremendous attention to detail and an immense amount of heart! I hope to have the chance to collaborate with you and in that time we can create something beautiful that goes beyond what we imagine. 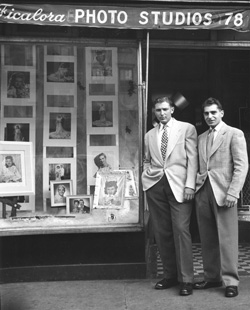